When we got Walt up this morning, we asked him if he felt older. Is it odd that I actually think he’s has shown some growing up in the past couple of days?!  I know I’ve been gushing over Walt the past several posts, but it was a whirlwind of “firsts” I felt I needed to capture.  Things seem to be moving so fast these days.

Here’s what Walt is up to: 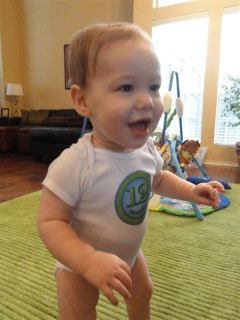 We know Walt is a big guy, but here’s how big he really is:

As suspected, he’s just a tall kiddo.  I’ve seen him next to some 2-year-olds and he looks the same size!  It’s also interesting that many of his friends are girls (who are naturally more petite) and he looks absolutely ginormous compared to them.  What I love is he still seems to be very gentle. Almost like he realizes he’s twice the size of them 🙂 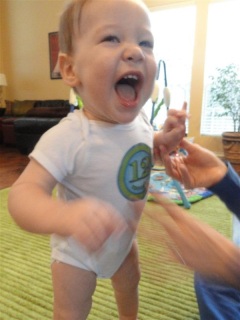