Well, the crazy chunky monkey, Oscar, is already 15-months old.  What happened at 12 months that has all of a sudden made him a toddler? It’s like there’s a switch and they know to start acting older.

Stinks’ personality is a big one and I love it so. He loves being vocal and silly. Before we get to that, let’s look at his stats. If you’re curious, here are Walt’s 15-month stats.

So, he’s huge. Duh. Nothing has changed. Weird that Walt weighed more. I think Oscar is way chunkier.

Hates:
Oscar is starting to talk a lot, which is really fun. Here is a list of some fun words he says: 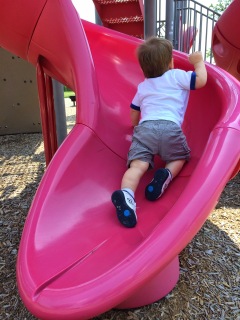 I love the talking phase. I feel like he learns a new word every single day. He’s so into hanging out with people and trying new things. Happy 15-month bday. little man!