This is not something I ever thought I’d need experience in, but now when Walt or Oscar decide to pop the question, I’ll have all sorts of pointers.

I’ve been friends with Jessica since college. We met our junior year through Fish Camp (Camp Bush 2001).  We became fast friends through a mutual infatuation for ‘N Sync. We would sit in my college apartment and choreograph N Sync dances while simultaneous watching VHS tapes of the Mickey Mouse Club (MMC). And the startings of a true friendship began. (You wonder why I love JT so much!)

In January 2002, we got this crazy idea to find out how people became seatfillers for awards shows. Three weeks later, we were at the Staples Center in LA sitting next to No Doubt and Nelly wondering how the heck these girls in prom dresses were let through the door. #originalgrammygirls 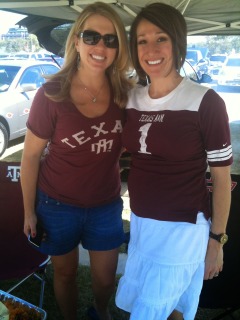 From the time we met until the time we graduated was not even a year and half. But, somehow we cultivated a friendship that survived her moving to Denver for seven years, and me trying to find my footing in Dallas.  We shared the turmoils of the 20s. Jobs, relationships, everything. When I got engaged to Chris was when she decided to come back to Texas…. and land in Dallas.  A friendship that started in 2001 was about to be live and in person in 2009.  Jess has been a champion by my side through major life decisions like getting my MBA, fighting my way up a corporate ladder, and more importantly finding the love of my life, getting married, and having two babies. My favorite title for her is “Aunt Jess” and what a favorite aunt she is.

You can imagine my glee when her now fiance, Shawn, told me he was planning on proposing to her. Better yet, he wanted a helping hand in the proposal. I immediately looped in Stori and off we went. Shawn gave us the big idea and Stori and I added some special details.  It started with a casual girls’ brunch complete with Jess asking, “When is he going to propose already????” With that, we asked for our check and attached was a pretty envelope.  The card sent us on a fun scavenger hunt through Frisco and Allen with clues that were meaningful points of Shawn and Jess’s relationship.  At each stop, were two of Jess’s life-long friends ready to send her off to the next stop.

The hunt ended at her and Shawn’s house, where the backyard was lit with tiki torches and Shawn was standing patiently.  You know the rest, and she definitely said yes.  Jess gets an instant family, as Shawn has two kids. It’s a role she has embrace from day one. I think Aunt Jess played a big role in this! 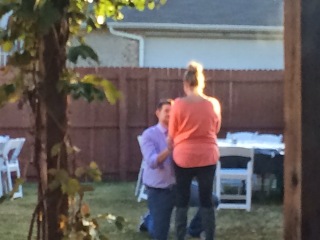 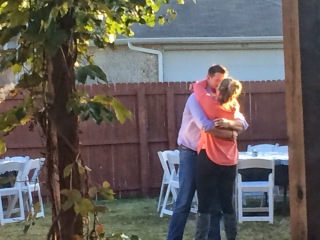 As our lives continue to grow and change, my heart is full to know we get to spend it together.  Jess, you’re a gem of a lifetime. I love you!