We made it!! We managed to move our family of 5 into our beautiful new house. We are SO happy and blessed to finally be here, but God bless it — this was not an easy week. 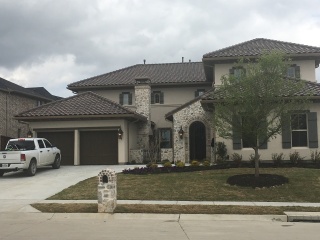 Luckily we had started the packing process when we staged.  This also means that we’ve been half packed up since October, so everything has felt a little chaotic (ok, a lot. #newborn).  Despite my major purging efforts, these tiny humans just accumulate stuff! (there are other 4-letter words for it). Once we TRULY started packing a few weeks ago, it really felt like it would never end. Little did I know that packing would be the least of my issues.

We moved during Spring Break week, which was perfect because we could send Walt to Camp Gilmer and the littles still had daycare. That meant we should have 8-9 hours each day of solid work time. There’s a saying about the best laid plans…

We closed on Mon and the night before Oscar started to say he didn’t feel well. We thought there was a bit of jealousy over Walt going to Gilmer so we brushed it off, like good, loving parents do.  He kept at it on Monday morning, so I took him to the doctor 2 hours before we were supposed to sign on the dotted line.  Turns out, he had strep. Ok, no big deal. Strep = antibiotics, which means he can be back to school on Tuesday when we actually move.  As we were doing a few things at our new house on Monday afternoon, we get a call from daycare. Vivy has a fever. She’s been acting like she’s teething for weeks, so I assumed that’s what it was. For whatever reason, I decided to take her to the doc on Monday afternoon (last appointment of the day).  After powering through a strep and a flu test, we got a positive result for the flu. UGH.  No school for 2-3 days. TWO TO THREE DAYS.

So, when the movers arrived on Tues, I had an adorable infant attached to my hip and basically became a drill sergeant (those go there, these go here, take this, move that…!) The movers were amazing and had us fully in our new house by 3 p.m.  We still have many boxes to unpack, but we are here! I managed to snap some pics on Monday before the place became cluttered with cardboard.